Europe’s largest ENT gathering was organised by the Confederation of European ORL-HNS from June 29th to July 3rd this year in Brussels. The city showed its sunny (and hot!) side as nearly 3.000 attendees from 97 countries, including 272 industry representatives, gathered at SQUARE conference centre.

Under the lead of Congress President Marc Remacle and Scientific Chair Elisabeth Sjögren, the Confederation’s 15 subspecialty- and 41 national societies, along with invited societies from Taiwan, India, Morocco and the United Arab Emirates, had been responsible for the content of the massive scientific programme. True to the congress motto “Driving the future of ENT together”, the collaboration of such a dynamic and diverse team resulted in no less than 16 parallel sessions on all sub-disciplines of ENT presented by more than 600 faculty.

Perhaps the greatest success of the five-day meeting was the brand-new “Basic ENT” track, which had been developed specially with the needs of trainees and young professionals in mind. The sessions proved enormously popular, translating to packed auditoria and a noticeably youthful atmosphere at the venue. Social media too was buzzing with more than 500 tweets published and more than 500 photos uploaded to Instagram in the course of the week.

The 6th Congress of European ORL-HNS will be held from October 16th to 20th 2021 in Milan and will surely continue on the successful route the Confederation has taken with the Brussels meeting. More information can be found on the official website: ceorlhns2021.org. 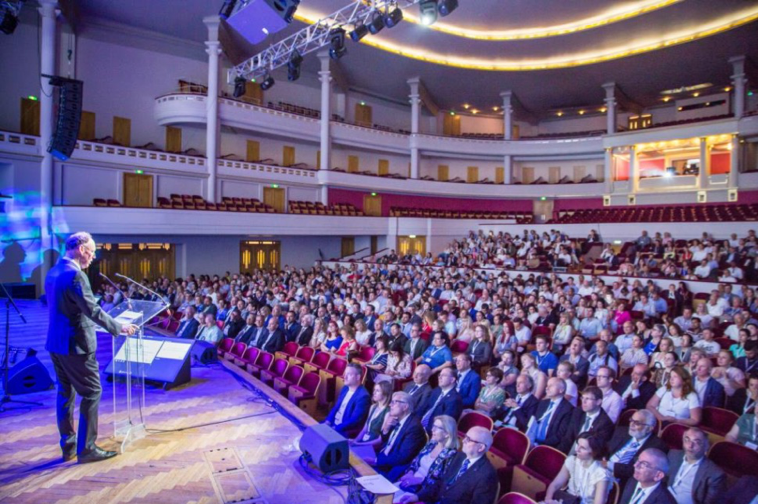 If you want to be updated on the activities of the Confederation of European Otorhinolaryngology - Head and Neck Surgery, subscribe to the newsletter through the following link